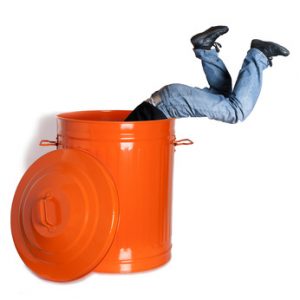 I was honoured to be invited to a high-profile meeting last week attended by prominent executive recruiters and numerous leaders of corporate Canada, some employed and others in career transition. I was SHOCKED at the lack of respect for business decorum, noting several attendees appeared in wrinkled attire and/or jeans! Would you dress like this for a job interview?

I fail to understand why people do not seize every opportunity to make a positive first impression, especially when the audience represents an elite group of business influencers. People form their first impression of you in 30 seconds, primarily based on your personal appearance. Unfortunately, my first impression was dramatically lessened by the standard of dress chosen by a select few.

Hiring influencers need to visualize you are a fit to the available position and corporate culture. You never know when or where your next career opportunity may appear, and networking is the most impactful way of advancing your career. Conversely, failure to align your attire to the target audience can damage your personal brand and hinder your career aspirations.

Your attire can be an important and sometimes the sole factor in determining your candidacy or in tapping the willingness of your network peers to share referrals and provide recommendations to potential decision makers.

Whether you’re preparing for a job interview or attending a networking event, don’t trash your first impression by neglecting to dress for success.