And Network some more! Although you may be one of many who have landed a new job recently as 93,200 jobs were added last month in Canada and unemployment rates dropped sharply to 7.9% even with a steady decline over the previous five months, this is not the time to stop networking. Nor is it recommended that you stop networking at anytime.

Maintaining a network is the most critical component in managing a career and the most successful job search tool available. The resulting success of networking will almost always be related to reciprocation. The give and take balance in any relationship will determine in the long run how successful it is, whether it is between colleagues, partners, employer and employees, siblings or even best friends. Most people will not venture too far out of their way for anyone who has not left them with the impression that they would do the same in return. Always maintain a professional profile online and off to secure a recommendation through networking and never burn bridges even after a termination or layoff. Bad impressions can have a negative impact well into your future and result in many lost opportunities.

Many people become avid networkers only while they are in need of something, such as a job and as soon as they land the new job, which will likely be acquired as a result of networking, they stop maintaining the relationships that put them there. Yes, it worked this time but how receptive will those same connections be next year or the year after when you need them again? Studies show some discrepancy in the average length of job tenure but suffice to say, lifetime careers are no longer the norm and facing unemployment on a number of occasions throughout your career is inevitable.

For those who struggle with their comfort level in networking, it  should be a much less daunting task and certainly more productive with the advent of social media. Finding individuals or businesses requires a simple search and anyone involved in an executive career will most certainly have a profile on Linkedin. The opportunity of a personal introduction through a close contact allows you to skip the cold call process and at the same time proceed with a level of acceptance associated with that of a mutual acquaintance. The ease of networking and connecting with others makes Linkedin the ultimate blueprint for networking including instructions for completing a professional profile, use of a variety of applications and a location to accept well respected testimonials from colleagues.

Networking is not easy for everyone but there are certainly steps that can be taken to effectively network with a confident demeanour, the most influential component of networking and to present a professional impression. Here are five suggestions:

Networking while currently employed or in career transition is an essential tool for generating opportunities, staying current and successfully obtaining your next appointment within the shortest period of time! Career Management expert, Martin Buckland says, “The day you land your next job is the day to start your next job search.” 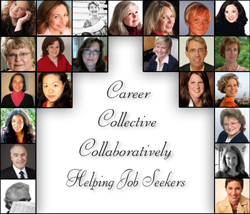 How to Take the Intimidation Out of Networking, @heathermundell

Networking for the Shy and Introverted, @KatCareerGal

A tale of two networkers, @DawnBugni

Introvert or Extrovert: Tips for the Job Search No Matter Which ‘Vert’ You Are, @erinkennedycprw

3 ways to make networking fun for introverts and extroverts, @Keppie_Careers