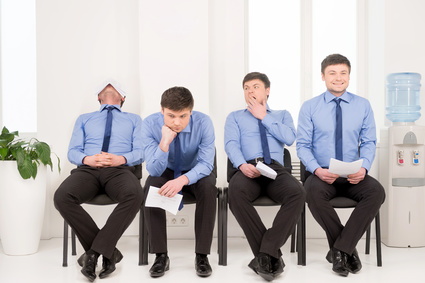 In today’s job landscape, I am seeing somewhat of a shift into lengthening the interview process. Being called for a second, third and, to some degree, a fourth interview is getting to be the norm, not the exception. The higher up the ladder you go, the more likely you are to have multiple interviews.

As an extreme example, one of my clients, a CEO, attended 15 in-depth interviews. Some were individual one-on-one, some were with a panel, and some were with his competition.

While you’ll want to mentally treat all interviews with the same amount of respect and commit the same time to research and preparation, there is a big difference between the first and later interviews. In the first, you’ve already successfully beaten the majority of your competition as the candidate pool has been dramatically reduced by the time you get to the interview stage.

Once you get to the second, third or fourth interview, you are really on the block and the stakes are raised with each subsequent interview. In these later stages of a long interview process, preparation is even more paramount because the questions will be more probing and testing.

While the interview format is generally the same, you may meet new people. In later interviews, you are often being interviewed by representatives from other areas of the company, most likely the business unit and leadership team where you will be working. The HR manager who originally screened you may be on the sidelines or absent.

If you do find yourself meeting with the same interviewer, always try to answer the questions differently than you did the first time. Use the English language to its maximum to deliver a consistent message in unique ways. Doing this will speak volumes about your ability to communicate.

If you know you’ll be meeting with the same people, also be aware of your attire. Avoid wearing the exact same shirt and tie, or dress, blouse or skirt.

Regardless of which stage you’re at in the process, each interview is a two-way conversation and meeting of the minds. Take a deep breath, keep an eye on your career goals, and get ready for what could be a long but fruitful journey ahead.