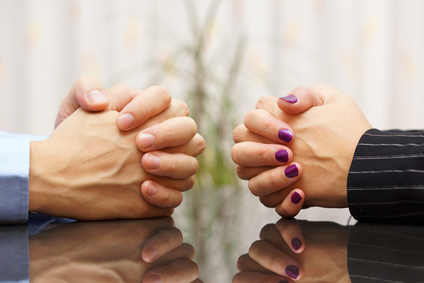 So you have obtained an interview. Congratulations! You are moving in the right direction, and hopefully this job interview, this meeting of the minds, will reap rewards for you.

A job interview is essentially a conversation between two parties who are interested in each other, almost like dating. And just like in dating, psychology plays a major role in how things unfold behind the scenes.

Within the four walls of that interview, not only does a conversation take place, you are also being viewed surreptitiously for the way you handle and carry yourself. The mirroring technique can go a long way to enhance your rapport and the relationship between the two parties.

When mirroring, you subtly replicate the interviewer’s posture and sometimes their mannerisms. When the interviewer leans forward, for example, you would pause for a moment and then slowly mirror their change in posture.

Stay aware of their movements as the conversation proceeds. If they cross their legs, cross your legs within the next few moments, without being too overt.

According to psychologists, being aware of your surroundings and responding to not just the interviewer’s verbal questions but also their physical movements, heightens the relationship and bonding during a job interview.

In a job interview, it is crucial that you be sensitive not only to your verbal delivery, but your environmental space. Have fun in this two-way conversation and wrap it up with a smile, handshake, and a look in the eye, plus a thank you for their time.