Six months ago a potential C-level client called me and had a free resume review done. I was happy to do it for him, as it’s something I offer to all potential clients. After the review, we went over his resume together and I told him of several errors I had found. I also let him know that his resume was not scannable by the current technology. In short, it wasn’t an effective resume, especially for an executive who had just left a job worth $1.2 million plus bonuses. 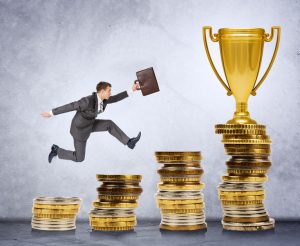 He asked about my services and availability. I was happy to fit him in, explaining my fee is $2,000. “For a resume? Look, I’m searching for a job right now, I can’t pay that, can’t you do a deal?” I politely declined. He heard me out, while I explained that he wouldn’t pull his own teeth, he’d hire a dentist, nor would he write his own will, he’d hire a lawyer. Professional Resume Writers are like any other experts, worth their fees. The potential client decided he would rewrite his resume himself. We parted ways amicably; I wished him luck.

He tells me he spent the last 6 months furiously job searching, sending his resume out to recruiters and not really connecting with anyone. Not a single interview. No offers. He became very concerned.

Six weeks ago, he called, saying he was re-thinking my fee. “What do I need to do, Martin? How can we work together?” I told him I’d love to write a resume for him. He’s not the first client who chose to rewrite his own resume first. He won’t be the last. We worked on his resume together, putting it in a scannable format, creating a resume that would pique the interest of hiring influencers and technology alike. When we were done, we were both satisfied that it was the most effective, compelling resume possible. My client then began putting it to work for him.

He called me today and said that he had discovered that his new resume was worth $600,000. I laughed in surprise. He explained that in 6 months of using a resume which he had written himself, he had no response from any of the organizations he contacted. He worked incredibly hard, applying for every position that even remotely interested him for six months with no results. Meanwhile, he watched 600,000 hard-earned dollars drain away as he supported his family while working so hard to find a new position.

That’s when he called me back and hired me to write his resume. After six weeks of submitting the resume we collaborated on together and I wrote for him, he now has 7 interviews scheduled. Those 7 interviews are for positions at, or greater, than his previous salary. With a little luck and his skills, they may turn into multiple competing offers.

When I asked him if he’d permit me to use his story in one of my blogs, he agreed, wanting to save others that $600,000 and six months of struggle. I appreciate being able to tell you this story, he’s a great guy, I’m happy I could help him.

I’ll repeat the advice I gave him in our first conversation: You hire professionals to help you in every other area of your life; health, legal, auto repair, dental, and so many more; why not hire a professional to write the resume that represents you to every hiring influencer? Your career advancement, and capturing the attention of key decision makers, are based upon the strength of your resume. Shouldn’t you have the best?