In over twenty years of professional resume writing and career coaching, I’ve always offered a free resume critique. So, I’ve seen thousands of resumes written by all kinds of candidates. Some resumes are ready to represent a client just as they are; strong, full of facts and results, making hiring influencers want to know even more. Other resumes I see are in need of an edit; weak on details and numbers, lacking in precision, and leaving hiring influencers unsure of a candidate’s value or fit. 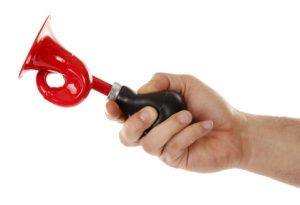 Why write a resume like an engineer? I have often wondered at the trend I see: Consistently, Engineers send me the strongest, most effective resumes. They know how to toot their own horn.

It’s important to show your value in a resume. Not just a list of skills, but what you accomplished for the companies which employed you. So when an engineer leads a project which was completed on time and under budget, most would cite the timely completion bonus and the budget savings on their resume. What else could the candidate include? The percentage of revenue the project represented, any repeat business as a result of this success, and even the number of employees managed over the course of the project. Solid numbers are always attractive to hiring influencers.

Who writes the weakest resumes? Generally, those candidates in Sales, Marketing, and HR often have the least effective resumes! I have always expected the opposite! These are the same talented people who know how to sell, know how to make goods or services tempt a buyer, and know their way around the hiring process. They should be great at selling themselves in a resume, so what goes wrong?

Many Sales, Marketing, and HR professionals say they feel restricted by the employer confidentiality they must respect, even when writing their own resumes. This roadblock may be a major reason for weaker resumes in these industries. Even with extensive experience and great career success, they’re finding it difficult to convey the information in resumes while not exposing proprietary information as well. This is the perfect time to hire a professional resume writer. A pro can show you how to express those solid numbers as percentages, rather than explicit dollar amounts, and can help navigate your resume around confidentiality while still offering important, compelling metrics to hiring influencers.

Have doubts that you can write a resume like an engineer? Consider hiring a resume writer to help you add solid, compelling facts and numbers. A resume which doesn’t attract hiring influencers can be far more expensive to your bottom line than the cost of hiring a professional to create a resume which catches immediate attention and puts you on the fast track to your next position!